These pages include all the site tutorials regardless of category. These mainly cover Microsoft and Google products. In addition, there are some posts that provide information about key terms. Presently, the categories include:

This section is several pages long so be sure to use the blue Next Page >> button at the bottom or the search box to the right.

Some reader favorites include:

Excel is a very powerful program, but sometimes it doesn’t act the way we wish. A case in point is importing a CSV file with zip codes. If you’re not careful how you open your file and apply different formats, you could be in for some surprises. Excel may drop your leading zeros. The same problem

END_OF_DOCUMENT_TOKEN_TO_BE_REPLACED

Some time back, I wrote an article about a useful function in Microsoft Excel called Goal Seek. It quickly allows you to solve easy “what-if” scenarios. Although helpful, it comes with limitations. However, Microsoft has a more powerful add-in analysis tool called Excel Solver that overcomes these

END_OF_DOCUMENT_TOKEN_TO_BE_REPLACED 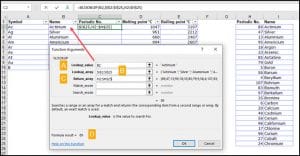 One of the more exciting software features to be released in Excel is the XLOOKUP function. Just looking at the name, you might think I did a typo and meant vlookup. No, this is an entirely new spreadsheet function that makes looking up data easier with fewer limitations on your lookup column. In

END_OF_DOCUMENT_TOKEN_TO_BE_REPLACED 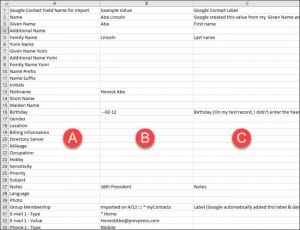 I was updating a Google article and decided I need to start fresh because the interface changed. I thought it would be faster if I imported a CSV file to Google Contacts. Not really. It took me a couple of tries. The good news is that you can learn from my mistakes. Attempt 1: Total

END_OF_DOCUMENT_TOKEN_TO_BE_REPLACED

I met a friend for dinner who found out that someone broke into his online accounts. Naturally, he was concerned about his data, but also the amount of time it would take to fix the problem. I told him one way to reduce the risk of account breaches is to use something called "two factor