Below is a list of various Microsoft Excel tutorials that we've done. These include step by step instructions. In some cases, there may be sample spreadsheets or video screencasts. This section is several pages long so be sure to use the blue Next Page >> button at the bottom of the search box to the right.

I've also been updating these articles to reflect the latest Excel version. Presently, I'm using Microsoft Office 365. However, you may see some tutorials that reflect older versions. All the screen snaps have been done on a Windows computer and reflect those commands.

If you don't have Microsoft Excel, there are three options:

The free version does require you to have a Microsoft account. As you might expect of a free product, there are some limitations. For example, you can open a workbook that has macros, but you won't be able to edit them.

And speaking of free resources, Microsoft also has an Excel Glossary that you can use.

You can read more about the different options on the Microsoft site.

It should also be noted that Office 365 releases new features on a monthly basis and even sooner if you're in the Insiders program. In some cases, these new features may not make it to older standalone versions. An example of this is the new XLOOKUP function.

Our most popular Excel Tutorials 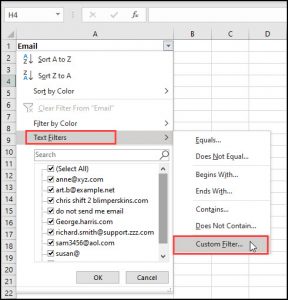 This week was one where multiple requests converged. I had two friends that needed to send emails to their customers. One had their information in an Excel spreadsheet and the other exported their internal databases into Excel. Both thought there were problems with many email addresses and wanted to

END_OF_DOCUMENT_TOKEN_TO_BE_REPLACED 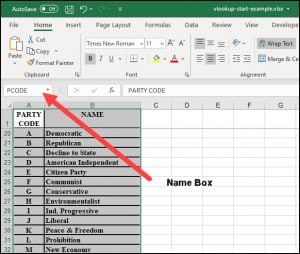 The earlier tutorial we wrote on VLOOKUP prompted more questions. I made a reference to naming cell ranges. Sure enough, people asked me for more details. Using Excel's Name Manager feature can make creating formulas or finding data easier. In Excel, we’re used to seeing cell references such as

END_OF_DOCUMENT_TOKEN_TO_BE_REPLACED 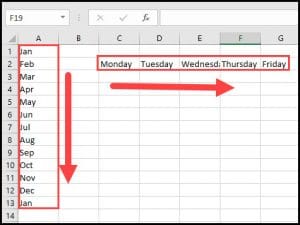 Microsoft Excel has some nice features that can save repetitive typing. One that people are familiar with is using a fill series for continuous cells. These are often common values like months or days of the week. This feature is called an Excel Custom List and can be used for a creating repetitive

END_OF_DOCUMENT_TOKEN_TO_BE_REPLACED

Excel is a great tool, but sometimes the spreadsheet files we get to work with aren't ideal. A classic example is you're given a file that has one column that you'd really like to split into multiple ones. That was the scenario I faced when I got a large file that had street addresses in one field.

END_OF_DOCUMENT_TOKEN_TO_BE_REPLACED 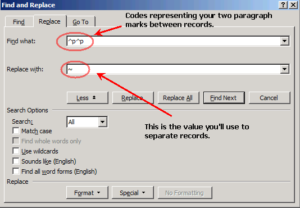 One item I've learned from using computers is that there is usually more than one way to solve a problem. This week two people approached me with a similar problem. They were trying to get a simple, but long address list from Microsoft Word into Microsoft Excel. One tried to use macros and the other